PERFORMED IN ITALIAN WITH ENGLISH SUPERTITLES 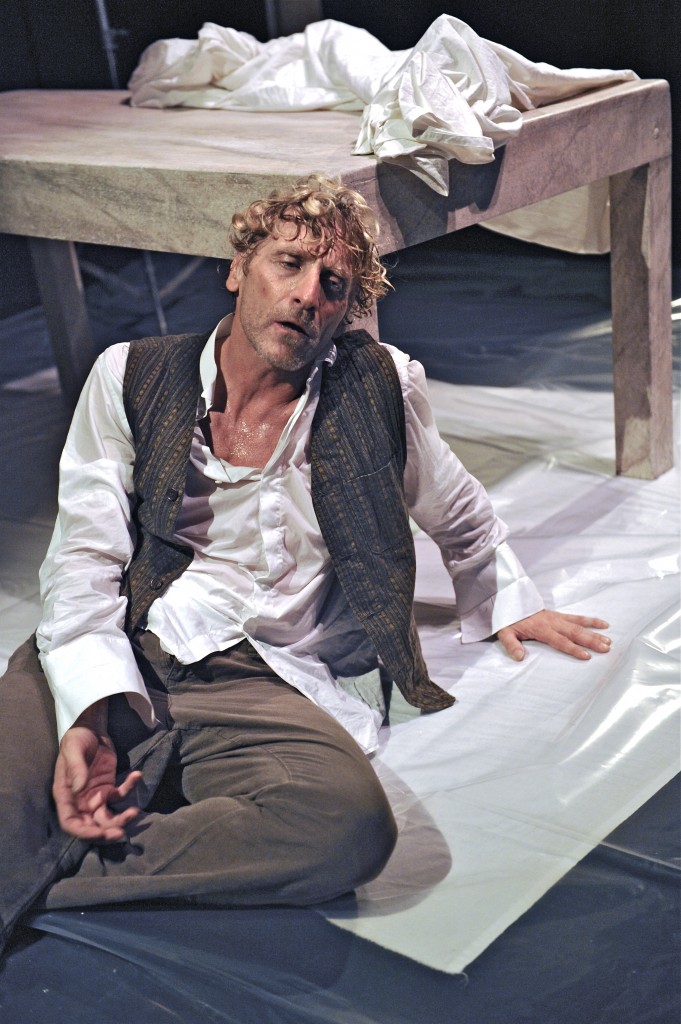 from the autobiography of the same name by Piergiorgio Welby

Directed and performed by

This project was born in October 2011 in the Literature and Philosophy department of DAMS (Music, Arts and Theater department) of the Roma3 University, from an idea by Professor Giorgio Taffon. Together with Welby’s nephew Francesco Lioce, Giorgio Taffon adapted the autobiography of Piergiorgio Welby, Ocean Terminal, published by Castelvecchi, into a theater piece. This was first brought to the stage with consulting by director-choreographer Gabriella Borni, a member of the Scenic Movement and Dance faculty at the Centro Sperimentale di Cinematografia and at the Accademia Nazionale of Dance in Rome. The project is supported by Mina Welby, Piergiorgio’s widow and co-president of the Luca Coscioni association for euthanasia. The project also inspired a documentary movie about Piergiorgio Welby, produced by Livia Giunti and Francesco Andreotti. Footage from the documentary is used in the stage play as video projections.

In “Ocean Terminal”, Piergiorgio Welby rewinds the reel of his life, narrating his own story with powerful, original and chaotic language. The public persona of Piergiorgio Welby is known for his political battles. Here we focus on the private man: his personal life, his childhood, his relationship with his family, with love, religion, drugs, as well as his beliefs and his human and artistic message to others. From his words, used in the first person, emerges the portrait of an extremist artist, passionate and vital. A man whose exuberant personality deals with a life sentence by fighting until the end, in a conflict between the loss of hope and the celebration of life.

Born in 1958, Emanuele Vezzoli is an actor and director with degrees from DAMS in Roma3 and the Scuola d’Arte Drammatica of the Piccolo Teatro in Milan, directed by Giorgio Streheler. He began his career alongside Franco Parenti and Andrée Ruth Shammah, and went on to work with many influential names in the industry, including Franco Zeffirelli, Mario Missiroli, Turi Ferro, Jean Paul Denizon. From 2001 to 2005 he worked at the Piccolo di Milano with Luca Ronconi, and also worked closely alongside Mariangela Melato. His directing debut was at the Riverside Studios in London with “Io Sola ho Visto” by Giorgio Taffon. He then directed “Gli Innamorati” by Carlo Goldon, “Ocean Terminal” by Piergiorgio Welby and “Pazza d’Amore” by Dacia Maraini. He also works in cinema, having worked with Franco Zeffirelli in “Traviata” and with Julie Taymor in “Titus,” among others.