A series of exciting monologues that explore our complex and troubled society through the eyes of contemporary women, titled after Dante’s muse. An exuberant and insightful play full of irony and playful humour underscored with shrewd philosophy, a comic assortment of witty invective, winking confidences, mysterious yearnings and spasms of love.! 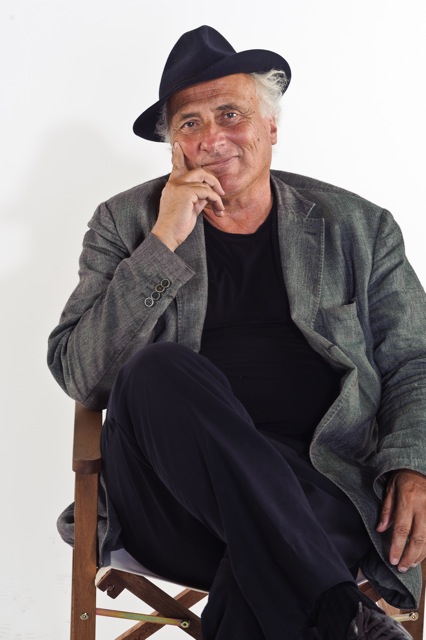 Stefano Benni has written many successful novels and anthologies, translated translated into around 20 foreign languages. Among them are Bar Sport, Elianto, Terra!, La compagnia dei celestini, Baol, Comici spaventati guerrieri, Saltatempo, Margherita Dolcevita and Il bar sotto il mare. He has also worked with the weekly magazines L’espresso and Panorama, and with the satirical Cuore and Tango, the monthly magazines Il Mago (where he began and published in installments part of Bar Sport) and Linus, and the newspapers La Repubblica and il manifesto.

He also wrote television sketches for Beppe Grillo at the beginning of Grillo’s career, and one of these sketches – called “Pietro Longo=P2” – caused the Psdi to ask the RAI commission to remove Grillo from RAI TV; their request was denied. Now, Benni works with Beppe Grillo by writing some entries on Grillo’s blog. In 1989 with Umberto Angelucci, Benni directed the film Musica per vecchi animali, adapted from his book Comici spaventati guerrieri with the actors Dario Fo, Paolo Rossi, and Viola Simoncioni, and just two years before that he was also the screenwriter of another film, Topo Galileo by Francesco Laudadio, starring his friend Beppe Grillo and with music by Fabrizio De André and Mauro Pagani. With the jazz musician Umberto Petrin, he also wrote Misterioso. Viaggio nel silenzio di Thelonius Monk. His novels contain, within imaginary worlds and situations, a strong satire of Italian society over the last few decades. His writing style includes many puns, neologisms and parodies of other literary styles. In 2009 he acted in the film Sleepless, directed by Maddalena De Panfilis. In January and February 2010, he presented the event Bennac, a meeting between himself and the French writer Daniel Pennac.

Margherita Peluso trained at the International Lecoq School and in L.A. at the Gloria Gifford Conservatory, where she played “Serafina” in “The Rose Tattoo”. At La Mama Theatre, Melbourne her many works include “Medea” by Dario Fo. She performed Commedia Dell’arte with Make A Scene. Film credits include “Blood Trust” for VCA. With Laurence Strangio she translated “Le Beatrici”. Collaborating with Stefano Benni for this New York production.

Stella Pecollo is a poliedric artist who trained in Italy, Uk and USA.She works since 10 years as professional actress/singer/performer in Alevel productions like “Snow White the Musical”(national tour),“Il giorno in più”(feat.film)“Hollyoaks”(Soap),both in Italy and Uk. Her next goal is to expand her job opportunities in the United States.  (more)

Fabio Motta began his theatrical training at the Accademia Teatrale Veneta where he completed a master in Commedia Dell’Arte . He furthered his studies at the prestigious 16th Street Actors Studio. In 2013 Fabio received a scholarship to continue his training at the HB studio (New York). He also studied Clown in France with Philippe Gaulier. He has worked extensively in the film and television industry in Australia and theatre.