Ninetta e le altre – Ninetta and the Others

SYNOPSIS – The story of three women from Lazio who, like many before them and many after them, were victims of wartime rape – a crime committed against women as a symbol of their land. During WWII, their lives were punctuated by unaltered, archaic rituals: washing laundry in the river, working the fields, healing sickness with prayer, taking quinine to fend off malaria, waiting for their men to return from war, while writing love letters and thinking of the front lines. In May 1944, they finally heard the news of the end of the war. Thinking they were running towards the returning troops, flower garlands in their hands, they were instead raped by soldiers of the Colonial French army. This was the largest incident of wartime rape in Italian history, known ever since then as the “Marocchinate.”

The Company – Errare Persona is an independent theater company that focuses on the dramaturgical enquiry of civic and anthropological theater, and on the union between theater and music. The company is active both in Italy and abroad, taking part in Festivals and collaborating with various artists and scholars. They have been awarded the Chimere Award for completing the largest-ever project on wartime rape. They have collaborated with La Sapienza University in Rome, Cultural Institutes, National Archives, Atcl Lazio. In 2015 they were selected as an “officina culturale” (“cultural workshop”) initiative by the Region of Lazio. 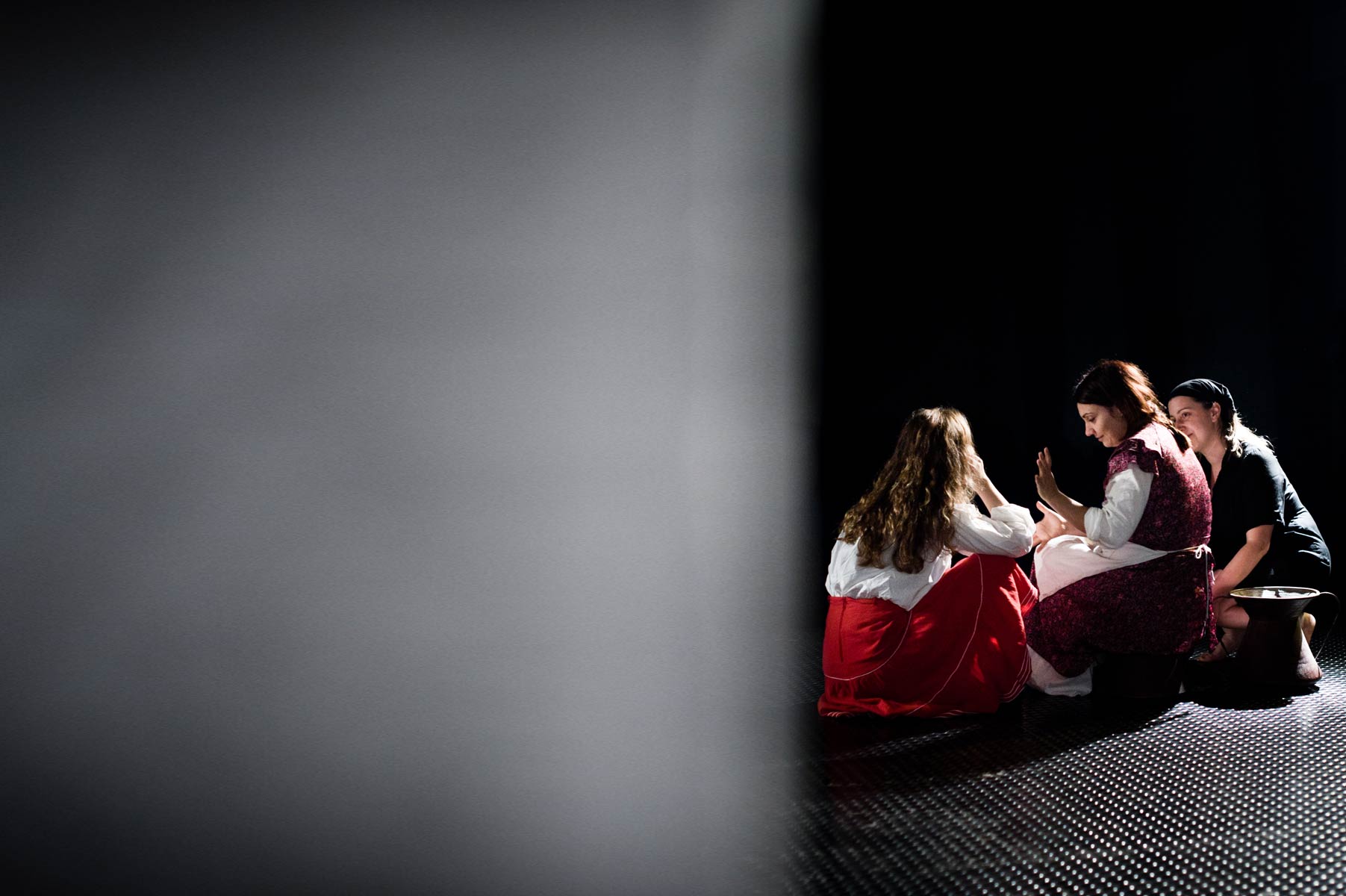