This is a single blog caption
30
Apr

MAY 6 – BY INVITATION ONLY 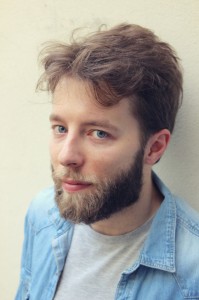 Drowning in business debt, a man finds himself having to repay everything in one day. Since he doesn’t have the money, and afraid for the safety of his wife and children, he agrees to enter a place where “certain previously unfilled demands complement each other.” A place where someone who wants to kill pays a victim, and someone who wants to die receives a certain amount of money to leave behind for their family.

Homicide House was the winner of one of the most important awards for emerging Italian playwrights, the Riccione Prize “Pier Vittorio Tondelli.” The decision was justified as follows:

“A sinister and child-like parable about the uncertain limits between what is real and what is not, an introspective text with an ironic, fairy-tale like tone – a macabre fairy-tale without a happy ending. Homicide House is a brave attempt at ‘vertical’ playwriting. It manages to tackle a theoretical and conceptual matrix that delicately side-steps tragedy. The dilemma around which the story develops is firmly rooted in prosaic reality, namely: can we lie for good, or at least in the name of a lesser evil? Yet the characters show themselves to be philosophical entities more than fictional characters, with a determinedly poetic system of thought. It’s not a coincidence that the Man, who hides from his loved one his vice of incurring debt just for the pleasure of it, has to conduct his suspicious transactions with shady characters like Polka-dot shirt and Stilettos, and that he manages to save his own life without any practical effort but rather just a precise use of words. The Homicide House is a mechanism of psychological torture that wounds and kills more with reason than with just torture weapons. The play is rooted in an original idea and its easy and agile use of language alternates between functional, isolated monologues and sharp, bright dialogues that turn the text into a promising experiment.”

Emanuele Aldrovandi. Born in Reggio Emilia in 1985, Emanuele Aldrovandi has a degree in Literature and Philosophy. He studied at the Paolo Grassi drama school in Milan, where he started to write. He has written several plays and adaptations and has received important awards for original playwriting. He won the prestigious Hystrio Scritture di Scena Prize in 2015 for the pay Butterflies. He won the Riccione “Tondelli” Prize in 2013 for the play Homicide House, the Fersen Prize in 2013 for Il generale, and the Pirandello Prize in 2012 for Felicità. He has been collaborating for years with numerous artists and theater companies at the  MaMiMò Theater Center. In 2015, he was selected by the “PIIGS Crisis Playwright Festival” in Barcelona, where his play Scusate se non siamo morti in mare (translated in Catalan as Balenes) was presented as a work in progress. He was chosen as the Italian author for the “Fabulamundi Europe” project. Recently, his play Felicità won the Mario Giusti Award granted by the Teatro Stabile in Catania. The full production will be performed there during the 2016/2017 season. In 2016, his latest play Allarmi! was presented by the theatre company ErosAntEros and produced by ERT – Emilia Romagna Teatro. Emanuele teaches playwriting all over Italy. His play Farfalle (Butterflies) was the winner of the 2016 Mario Fratti Award at In Scena! Italian Theater festival 2016.