This is a single blog caption
20
Mar

Winner of the 2017 Mario Fratti Award for emerging Italian playwrights.

The play deals with an industrial workplace accident in Italy, and one rising voice, alone and essential, that denounces it. The text is structured as a monologue, a live narration of tragic events portrayed with hearth breaking lyricism to highlight a vulnerable underdog’s love for life, in the face of powerful people and their reckless arrogance. 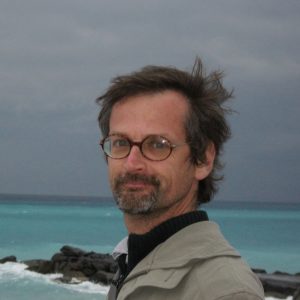 Paolo Bignami Born in Como in 1967, Paolo studied engineering and became interested in theater and theatrical work in the early 90s. He started working in cabaret theater, taking part in “Il Sarchiapone” – Allamagoosa – a comic festival dedicated to Walter Chiari, in 1996 and in 1997. He took courses at the Teatro Città Murata as well as numerous seminars on theater and play-writing, with teachers such as Stefano Benni, Jacopo Fo, Ascanio Celestini and Cesare Lievi. He then decided to dedicate himself to play-writing and the writing of theatrical narrations. In 2003, he was awarded the Fersen Award for his work “Ho perso la mia coda” – I Lost My Tail – and he won the Enea Ellero Award for “Il sogno di Evelina” – Eveline’s Dream – in 2004. Along with his occupation as a high school teacher, he carried on his dramaturgical research. He continued to study theater and Commedia dell’Arte with Michele Monetta, Judith Malina and the Living Theatre, Eugenio Barba and the Odin Teatret, Cesar Brie and Jane Wainwright and Kossi Efoui.

He loves to write about contemporary and recent historical topics. He was awarded the Fersen Award in 2012 for his monolog “Temporary sciò” – Temporary show – and the Aenaria Award in 2015 for his work “Lo spazio vuoto” – The Empty Space. 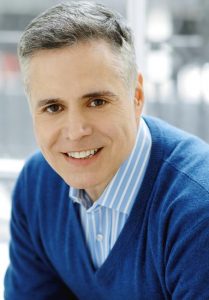 Joseph Franchini received a Drama Desk Nomination for Best Actor in a Play for originating the role of Dave in The Navigator in New York and Los Angeles.  Other New York roles include the acclaimed 2016 debut production of Zamboni at SoHo Playhouse, Mrs. Warren’s Profession (with Joy Franz), Beneath the Hush, A Whisper, Synegoguery, Lucila’s Story, Agamemnon and The Man with the Flower in his Mouth.  He has performed with The Workshop Theater, Manhattan Theater Source, Musicals Tonite!, Off-World Theatre, The Actor’s Guild and the Worldwide Directors Lab, among others. Radio:  Frankenstein (Gold Reel Award), A Christmas Carol (WBAI). Television: Power (Staz).  Film:  upcoming Oceans 8.  Trained by Stella Adler/NYU and the London Academy of Music and Dramatic Art.  AEA/SAG/AFTRA.  www.josephfranchini.com