This is a single blog caption
23
Nov

In Italian with English supertitles

A first-person account of the life of Giuseppe “Joe” Zangara, an Italian immigrant who could have changed the course of history with his attempt to assassinate United States President Franklin Delano Roosevelt. His “crime against the state” was punished with a “crime committed by the State.” At 33 years old, on March 20th, 1933, Zangara was executed by the electric chair. With improvised jazz by Massimo Garritano who plays the bouzuchi and the dobro, two instruments that belong to Calabria as well as to the United States, in between the words spoken in Calabrese dialect by Ernesto Orrico.

Talkback on May 4 with Marcella Bencivenna, Associate Professor of History at the City University of New York and editor of the Italian American Review.

A native Calabrese, Marcella Bencivenni teaches history at Hostos Community College of The City University of New York. A recognized expert on Italian emigration, she is the author of Italian Immigrant Radical Culture: The Idealism of the Sovversivi in the United States, 1890-1940 (New York University Press, 2011, repr. 2014) and co-editor of Radical Perspectives on Immigration  (Routledge, 2008). She has also published over a dozen book chapters, articles and historiographical essays on topics related to the Italian diaspora and U.S. labor history, and is currently serving as the editor of the Italian American Review. Her new book project is a biography of Carl Marzani, an Italian American antifascist who became the first political victim of the Cold War. 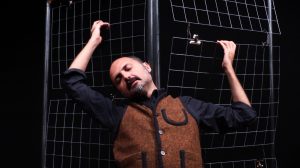 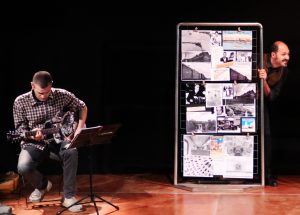