SYNOPSIS – The play is about two sisters whose favorite pastime is a dangerous game: whoever holds the butterfly hairpin can ask the other one to do anything. Inspired by some of Pirandello’s short stories, “Butterflies” is a tale of personal growth and sisterly love in which self-discovery is not always accompanied by greater understanding of the other person. 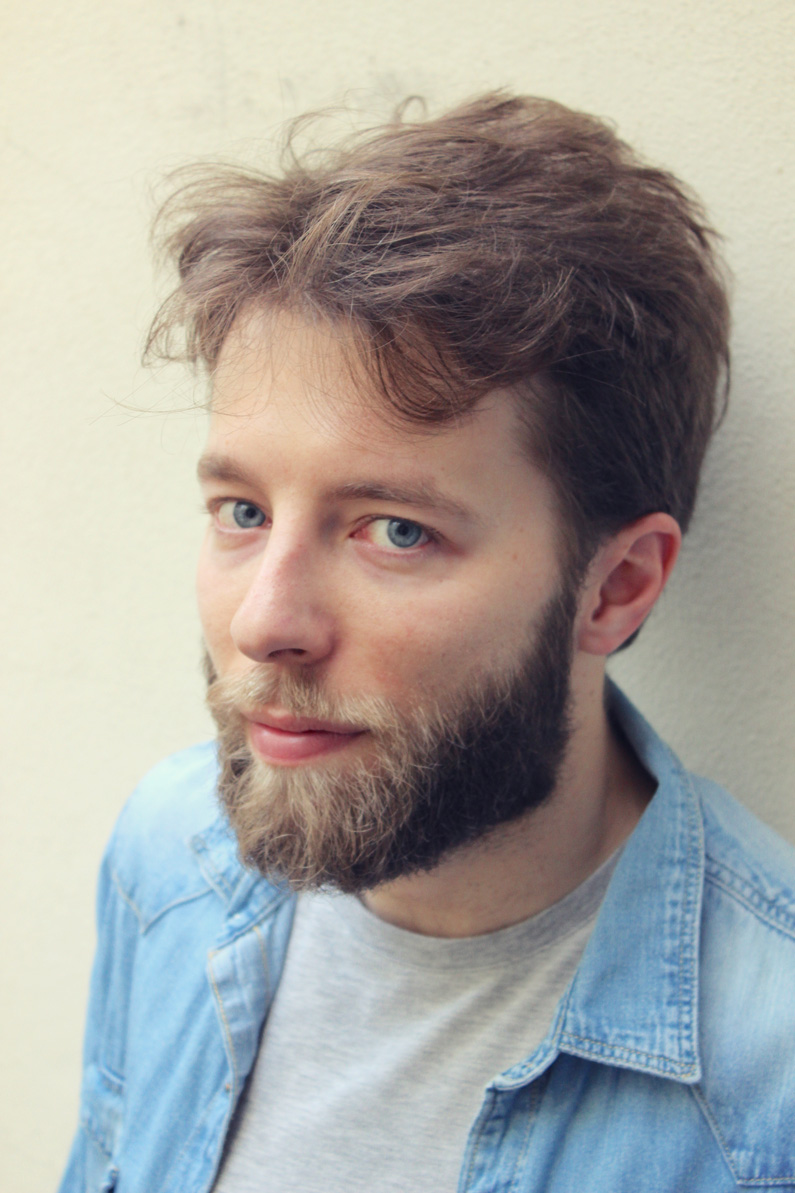 Emanuele Aldrovandi started writing when he was a student at the Civica Scuola di Teatro Paolo Grassi in Milan. He has written several original plays and adaptations and has received renowned playwriting awards in Italy and abroad. Among the most prestigious, he won the important Premio Hystrio Scritture di Scena 2015 with the play Farfalle (Butterflies) and he was selected by the “Festival de dramaturgia sobre la crisi PIIGS” in Barcelona with his play Scusate se non siamo morti in mare (translated in Catalan as Balenes) and as an Italian author for the project “Fabulamundi Europe”.

“Farfalle” was selected among about 100 submissions to the Mario Fratti Award, as the most suitable in regards to the four criteria defined in the competitions’ regulation”:
1. Quality of the writing (technique, style, fluidity, staging potential)
2. Originality of the subject matter
3. Treatment of the Award’s theme (this year’s theme: Women’s languages)
4. Universality (potential to be meaningful in an international context, easily translated etc.)

The winning play was selected with the following motivation:
The jury, comprised of six Italian theater professionals (including Fratti himself), decided to award BUTTERFLIES because it employs theatrical language in a clear way, building an original play with a refined technique and an unpredictable, almost mysterious structure. The characters are polished and their direct and effective dialogue makes the play universal and touching. It lends itself perfectly to being translated into a foreign language.

Jay Stern – Recent theater work includes the world premiere of Gary Apple’s musical “Hell is for Real”, and “20th Century Photograph”, a devised piece co-created with director Veronica Wigg. Jay’s feature films “Spirit Cabinet” and “The Adventures of Paul and Marian” are currently making the festival rounds. Jay is a member of the Lincoln Center Directors Lab and a founder of the World Wide Lab, an international collective dedicated to collaborations between directors. With the World Wide Lab, Jay co-created “Alien Attack” at Teatro Due in Rome, Italy, and was the co-artistic director of the Lab’s season at the Apollo Theater in Syros, Greece. Jay is also a producer and co-host of the Iron Mule Short Comedy Film Festival, which has been screening monthly in NYC since 2002.