This is a single blog caption
22
Apr

After bringing his A Story of Love and Soccer to In Scena! 2014, we are happy to present a new work by Michele Santeramo, in collaboration with Umanism and the Italian Playwrights Project. 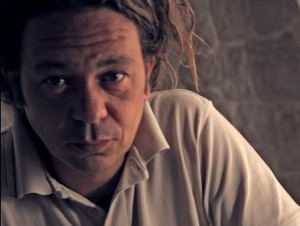 I would define myself as a living author rather than a contemporary one. My works often deal with people strongly connected to the land they live on. Another key element is the South, not conceived as a geographical place, but as a social dimension everyone can belong to, regardless of whether you live in Vienna or Tunis. A South inhabited by disadvantaged people who still claim their right to live.

The healer is a man who connects stories to people, to cure them. He is tired and old and drinks grappa. Healing is not an easy matter, it takes carelessness, liberation and separation. He is neither a magician nor a doctor, but merely an obscure compromise.

Umanism is the crasis between the Italian word “Umanesimo” and the english word “Humanism”. Our mission is to become a movement representing the desire to open our lives

through knowledge and research: two essential conditions for the development of a new Renaissance that coincides with the rhythm of our contemporary world.

Umanism is an open platform connecting ltaly to the USA recognizing and expanding the creative potential of projects by ltalian artists, supporting them in each step of the production, marketing and communication in the larger and more challenging context of New York and providing highly customized services for American artists and culture professionals, to support and expand their projects in ltaly while offering a reliable locally-based reference point to help the connection in each step, from logistics to bureaucracy. Umanism also supports artists to identify and clarify their goals, offer feedback and identify strategies to develop in the artistic environment.

The Italian Playwrights Project  is developed by Valeria Orani, Artistic Director of Umanism, and Frank Hentschker, Director of the Martin E. Segal Theatre Center (CUNY) and supported by the Italian Cultural Institute.  IPP offers a perspective on theater and broadens New York City’s theatrical landscape by introducing the work of Italian playwrights to New Yorkers. The initiative brings the brightest, best, most engaging playwrights from Italy to New York to develop their pieces through translation into English and public readings of the work. Additionally, the initiative presents events where excerpts of the plays are performed in Italian, which is a service to the Italian-speaking New York audience as well as those who love the study of the language and culture.  In 2017 we are developing a sister initiative called The American Playwrights Project which will promote the work of American playwrights in Italy.